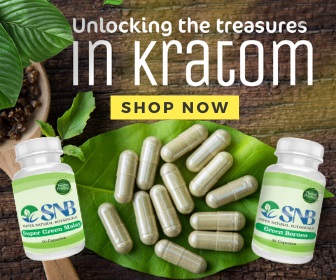 Each country has its own legal system, which forms the basis of its legal system. Different countries have different laws, and what may be a major crime in one country may not be a crime in another. So, for some actions, it depends on where you are before they are classified as legal or illegal.

These laws vary depending on the systems and beliefs of the people of the country and the government in power. In addition, demographics, culture, finances, growth and other parameters can affect a country’s law enforcement system.

A good example of the variety of laws in different countries is that kratom is banned in some countries, while it is perfectly legal in others.

Kratom (or Mitragynine speciosa, as its scientific name indicates) is a tropical deciduous tree belonging to the coffee family. The tree is native to Southeast Asia, in the floristic regions of Malesia and Indochina.

The leaves are very important and have a number of medicinal properties for which they are sought and collected.

Leaves have been shown to be psychoactive (in that they can affect a person’s mind, mood and other mental processes). This property of its leaves was highly sought after by the people and this led to the great popularity of kratom.

The leaves of this tree can be used to improve a person’s mood. It is also very effective in treating health problems. The tree is largely native to Thailand and grows naturally in some parts of the country.

Despite this natural growth and local nature, kratom has been banned in Thailand for over 70 years. At that time, opium was very popular in Thailand and was consumed by many people. For example, the government levies a tax on the distribution of opium and receives revenue in return.

However, with the increasing popularity of kratom leaves due to its psychoactive nature, the sale and trade of opium has suffered. This, of course, was related to total government revenue from opium sales. As a result, the law was passed and kratom was banned in Thailand, and it has remained unchanged for over 70 years.

Outside Thailand, kratom is also prohibited in these countries:

Due to its psychoactive nature, it can have harmful and addictive effects on people, especially young people, which is why many places are considering banning kratom in general.

For example, Florida in the United States has come very close to banning the tree throughout the state.

Because of its social implications, kratom has become an important topic of discussion in the legal system of many countries.

In the United States of America, Kratom is unregulated because it is legal to buy, sell, distribute and grow all parts of the plant Mitragynine speciosa without the need for a license. However, some US states have announced restrictions on kratom.

In Indiana, for example, the chemicals mitragynine and 7-hydroxymitragynine are banned, but some argue that the legal definition in that state does not include the entire kratom plant.

Vermont, a state in the northeastern United States, has passed an emergency ordinance banning 7-hydroxymitragynine, which appears to be one of the most active alkaloids in kratom.

This was seen as a statewide ban on kratom.

Rules and laws are constantly changing somewhere, so you’ll never know if and when kratom will be banned. So be careful with kratom products that may or may not be legal. 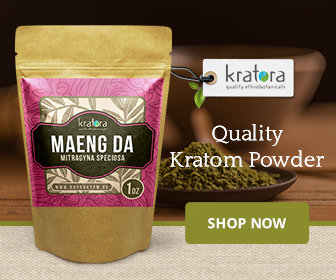