GlyNAC refers to supplements that contain a combination of glycine and N-acetylcysteine (NAC). These amino acids are used to increase glutathione levels. Glutathione is an antioxidant, and this substance decreases with age. So GlyNAC can slow down the aging process? In this GlyNac review, you will discover the human studies of these amino acids. You will also learn more about side effects and dosages.

Supplements of this type contain only 2 ingredients:

What is it? Glycine is an amino acid. N-acetylcysteine (NAC) is available both as a medicine and as a food supplement. As a prescription drug, NAC helps the body recover from the toxicity of acetaminophen (Tylenol). However, as a dietary supplement, NAC is a well-known way to increase glutathione levels. Glutathione is a powerful antioxidant that the body produces naturally. As we age, glutathione levels can decline.  NAC supplementation can increase our levels because it provides the body with a sulfur-containing amino acid, cysteine.

Glycine is a non-essential amino acid. This means that the body normally produces all the glycine it needs. Like NAC, glycine also appears to be required for the production of the antioxidant glutathione.

N-acetylcysteine (NAC), also known as acetylcysteine, is an antioxidant that can also reduce inflammation. It has also been shown to lower levels of homocysteine, a substance associated with heart disease. NAC is also a prescription drug used to treat acetaminophen/thylenol poisoning. NAC is used in dietary supplements because it is a source of the amino acid cysteine. It should be noted that the products contain cysteine, whereas NAC is produced in the laboratory and not found in the products.

How does GlyNac work?

Aging is associated with both an increase in free radicals and a dysfunction of the mitochondria. The reserve suggests that both factors play a role in aging and age-related diseases such as :

Glutathione is a powerful antioxidant compound that is normally produced by the body, although its production decreases in the elderly. GlyNac probably works

because it contains both glycine and cysteine, amino acids necessary for the production of glutathione. Older adults appear to have lower levels of these two amino acids.

In one study, glutathione synthesis increased by 231% when elderly people were given the amino acids glycine and cysteine. The damage caused by free radicals was also reduced. By providing the necessary precursor nutrients for glutathione production, GlyNac can help combat diseases associated with aging.

Is there any evidence that this combination of amino acids helps older people age better? Here’s a summary of what we know so far.

In a study, researchers at Balor Collage in Houston, Texas, recruited eight people aged 70 and 80 and gave them the amino acids glycine and cysteine for 24 weeks. They also did several pre- and post-tests and compared their results with those of 8 young people between the ages of 20 and 30 who did not take supplements.

After 24 weeks, the supplement was increased:

In addition, the supplement significantly improved scores on all cognitive function tests. Equally interesting, people were able to walk faster and their grip strength also increased, which GlyNAC says could help seniors better manage their daily lives. The researchers then stopped taking the supplements for 12 weeks to see what would happen. When they did, they found that all the benefits of the grant began to diminish.

There is no doubt that this research is impressive, but there are a few things to consider:

In a previous study, 8 older adults were given glycine and NAC supplements for 14 days, compared to 8 younger adults. After two weeks, glycine and NAC supplements increased glutathione levels in the elderly by 95% and increased glutathione production by 231%. This also corresponded to a significant reduction in oxidative stress.

Diabetes is associated with decreased glutathione levels. To see if these levels could be restored, researchers gave 12 people with type 2 diabetes glycine and cysteine for two weeks. After 14 days, glutathione levels had increased by 64% and glutathione synthesis had increased by almost 200%. Despite these impressive figures, they are still lower than those of young people without diabetes. It should be noted that the subjects recruited for this study had uncontrolled diabetes mellitus with hemoglobin A1C values between 8 and 10, which is higher than recommended.

Where can you buy GlyNac supplements?

While stores like Costco, Walmart, Vitamin Shoppe, etc. certainly have GlyNac capsules that cost an arm and a leg, don’t forget that both amino acids can be purchased separately, saving you a lot of money.

Glycine and cysteine are not essential amino acids. This means that your body is making both. While we may not produce enough as we age, young and healthy people can already produce everything they need. Therefore, supplements may not be necessary for them. Research shows that they may be necessary for the elderly.

This diet is a combination of many amino acids and other nutrients. Remember that NAC is a source of the amino acid cysteine. While no foods contain NAC, here are some foods that contain glycine and cysteine. 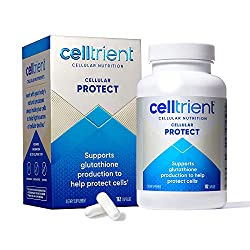 What is the difference between NAC and cysteine?

The big difference is that cysteine is an amino acid. N-acetylcysteine (NAC) is a dietary supplement that provides cysteine to the body. The corpus produces cysteine, but not NAC.

What is the difference between cysteine and cystine?

They look very similar. Cystine is formed from the two linked amino acids cysteine. Another difference is that cysteine is better absorbed than cystine.

Research has not yet shown which amino acid increases glutathione the most. However, some studies show that, like cysteine, glycine deficiency also significantly slows down glutathione production. Based on this, it stands to reason that both are better than one amino acid alone. Research should confirm this.

Glinase is a sulfonylurea hypoglycemic drug used to treat diabetes. Do not confuse GlyNase with GlyNac additives. It’s not the same thing.

And the clay drops?

glutathione versus glutamine. What difference does it make?

The two words sound the same, but are different. Glutathione is an antioxidant compound. Glutamine is an amine.

Increasing NAD levels at the cellular level is a buzzword in the world of anti-aging medicine. NAD+ helps us produce cellular energy (ATP). We tend to make less NAD+ as we age. Some studies suggest that increasing NAD+ levels may slow some signs of aging. Human clinical studies have not compared GlyNac with popular NAD+ stimulating supplements such as NMN or nicotinamide riboside.

What is the best dose?

That’s the big question. The above studies all used the same amounts: 1.33 mmol per kilogram per day of NAC and 0.81 mmol per kilogram per day of cysteine. Of course, these doses don’t mean much to most people, since supplements aren’t measured in millimoles. In addition, the doses used were based on the weight of the individuals. The heavier they were, the more cans were used. When I think of supplements, I like the Life Extention brand for those nutrients.

Regardless of the amount of GlyNac used in the studies, there really isn’t enough evidence to suggest the optimal amount for everyone. Still, 600 mg from anyone can be a starting point. Remember that both glycine and cysteine are produced by the body. It’s entirely possible that younger, healthier people are already doing enough to make supplements unnecessary.

Studies in humans show that glycine and cysteine are safe for most people, with no significant side effects. However, there are a few things to consider:

Although the body is capable of producing both amino acids, glycine and cysteine, the study suggests that their levels may be lower in some older people. The cause may be impaired synthesis or poor nutrition – or both. Preliminary studies also show that supplementation with these nutrients not only increases glutathione levels, but can also improve walking speed and power in the elderly. The studies are fascinating, but I would like to see larger studies to know for sure if glycine combined with N-acetylcysteine (NAC) increases glutathione better than NAC alone.